Day 25: chisinau-tiraspol: 75km
Day 26: tiraspol-kamianka 50km
day 27: kamianka - odessa: 50km
My name is Moritz and I am the third cyclist to go on this adventure. I finally joined Leila and Kim in Chisinau on saturday. Leila and Andrée-Ann picked me up at the airport and helped me to assemble my bike. Kim has still a problem with his leg and took the train to Tiraspol. He also visited Bender.
Fortress.  Since I left Switzerland on Thursday evening and spent the whole night in Moskau I was a bit tired. But the sunshine in Moldova and the fact that I am now on the voyage motivated me greatly. Soon we arrived at the Transnistrian border, where grumpy policemen and women checked our passports and asked if we brought any guns with us. Then they gave us a receipt and we were allowed to stay in Transnistria for exactly 24 hours. Close to the border there were many monuments and we felt like they were built to make a good first impression of the country. However, the road was very smooth and there was not much traffic. People drove very carefully, all in all a nice country for cycling!
We arrived at six o'clock at the "Go Tiraspol" hostel that is run by Dmitri. Earlier that day in Moldova we met the brother of Dmitri because he was driving on the same road as we were and Dmitri had told him to look out for us. We already felt very welcome. Another cyclist called Sasha joined us for a few meters in Tiraspol. Sasha and I tried to communicate but the language barrier was too big especially while cycling. Dmitri just wrote us that Sashas a friend of him. So if you go to Tiraspol definitly sleep at Go Tiraspol!!! Andrée-Ann and Leila went then to change money and to buy some apèro. Transnistria has its own money and there are no ATM in the streets. We then met Dmitri our host and had a little chat with him. He recommended us a place to eat and showed us the way. The restaurant even had a menu in english and the waiter also spoke a bit of english. After a tasty meal and some local beer we went home to sleep.
In the morning Kim left early for the train to Odessa. The other three of us went for a little sight seeing. We visited the parlament and some monuments. Most impressive was the local food market. Lots tasty things to buy! Since our "visas" were only for 24 hours we had to leave at lunch. Dmitri cycled with us to the town exit and we took some photos. Before we left Transnistria we wanted to buy some aple with our left-over money. We had 16 Transnistrian rubels left and I a women was selling apples on the side of the road. I gave her the money and wanted to buy three apples only. She then started to pack a huge sack with apples. We then tried to explain that we couldn't take all those apples with us and we give her the rest of the money as a present. We still took many apples with us. They are actually very sweet! The we left Transnistria and got the "Gun-question" asked again. All in all Transnistria is a nice country and people are very friendly. Definitly a place to visit!
After Transnistria, cycling in Ukraine was a bit overwhelming. There was much more traffic and drivers were not following the rules strictly anymore  The road was also in a poor condition and there was a lot of litter even more than 200m away from the road, which made finding a clean camping spot kind of hard. But we were actually happy with the place we found in the end and really Enjoyed the extra hour of light due to the time shift.
On the following day, we rode the 50 km to Odessa in about 3 hours so got there early enough to enjoy a borscht for lunch.
We ll tell you more about our stay in odessa in a following post. 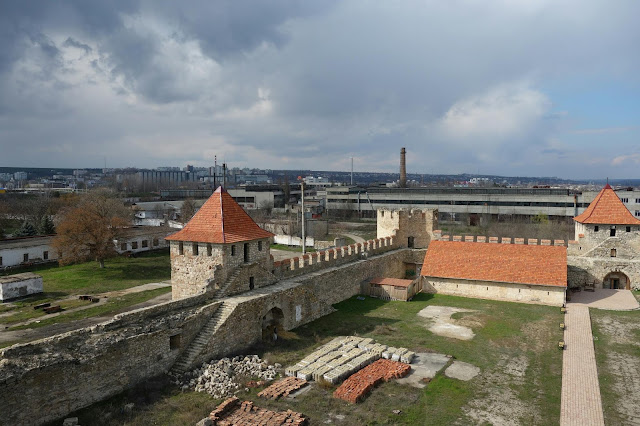 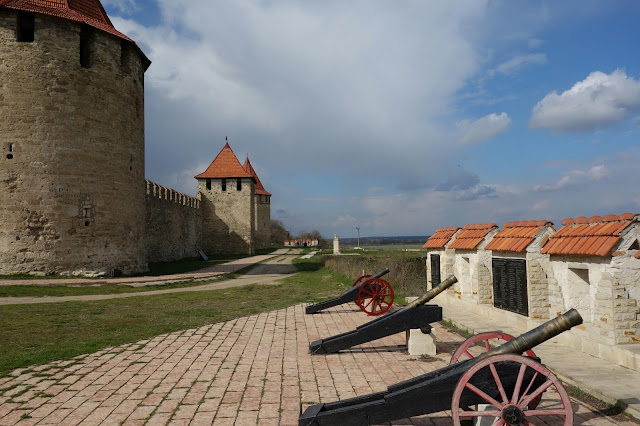 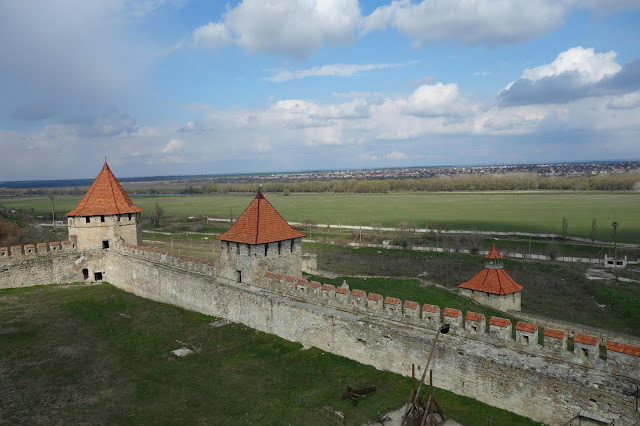 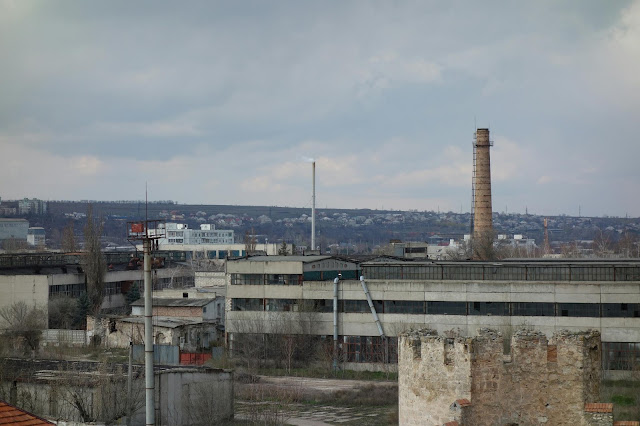 View from the castle in Bender. 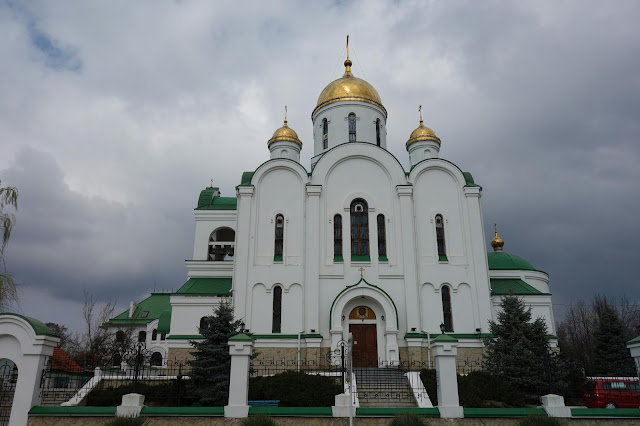 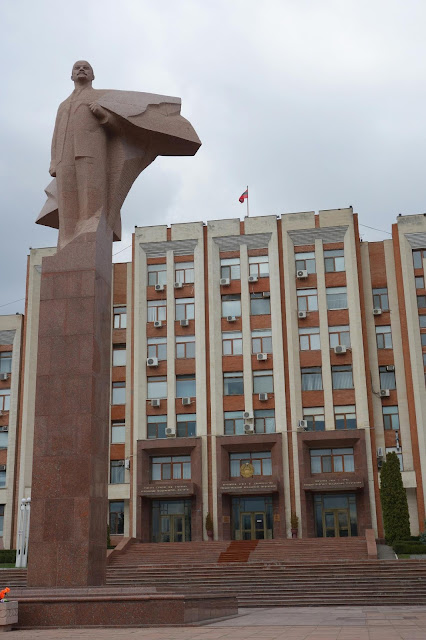 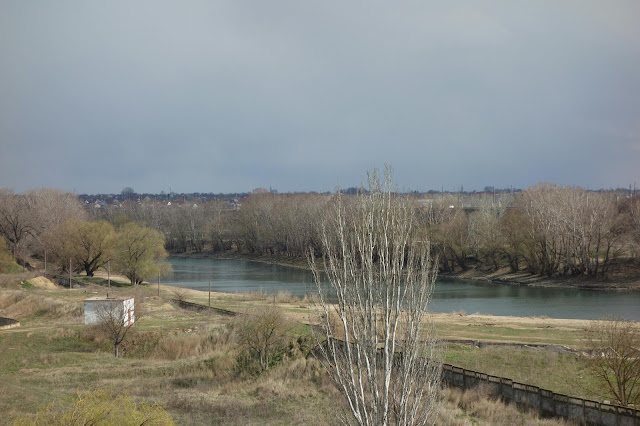 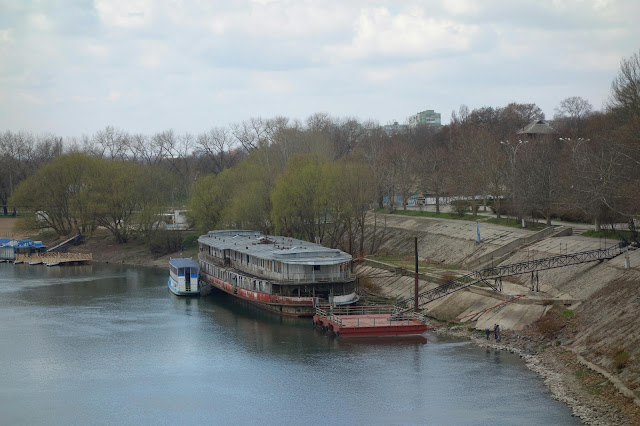 Old sowjet boat in Tiraspol and many fishermen as well 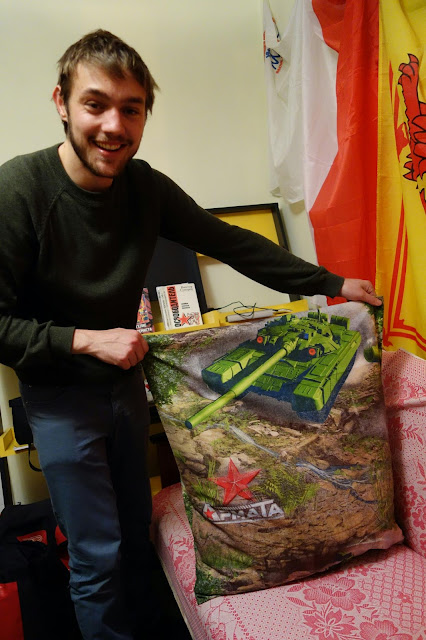 This night I slept well protected. 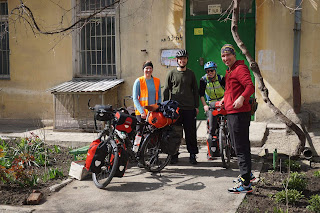 In front of Go Tiraspol hostel with Dmitri. 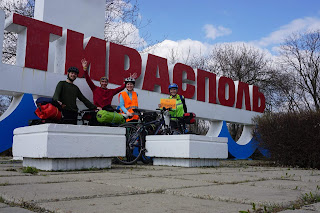 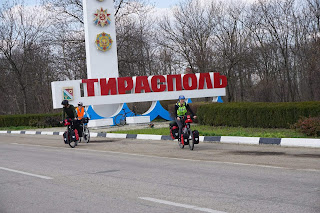 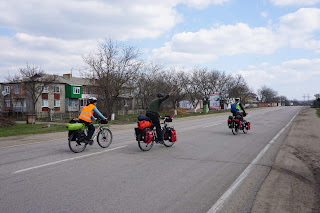 Sadly we had to leave... 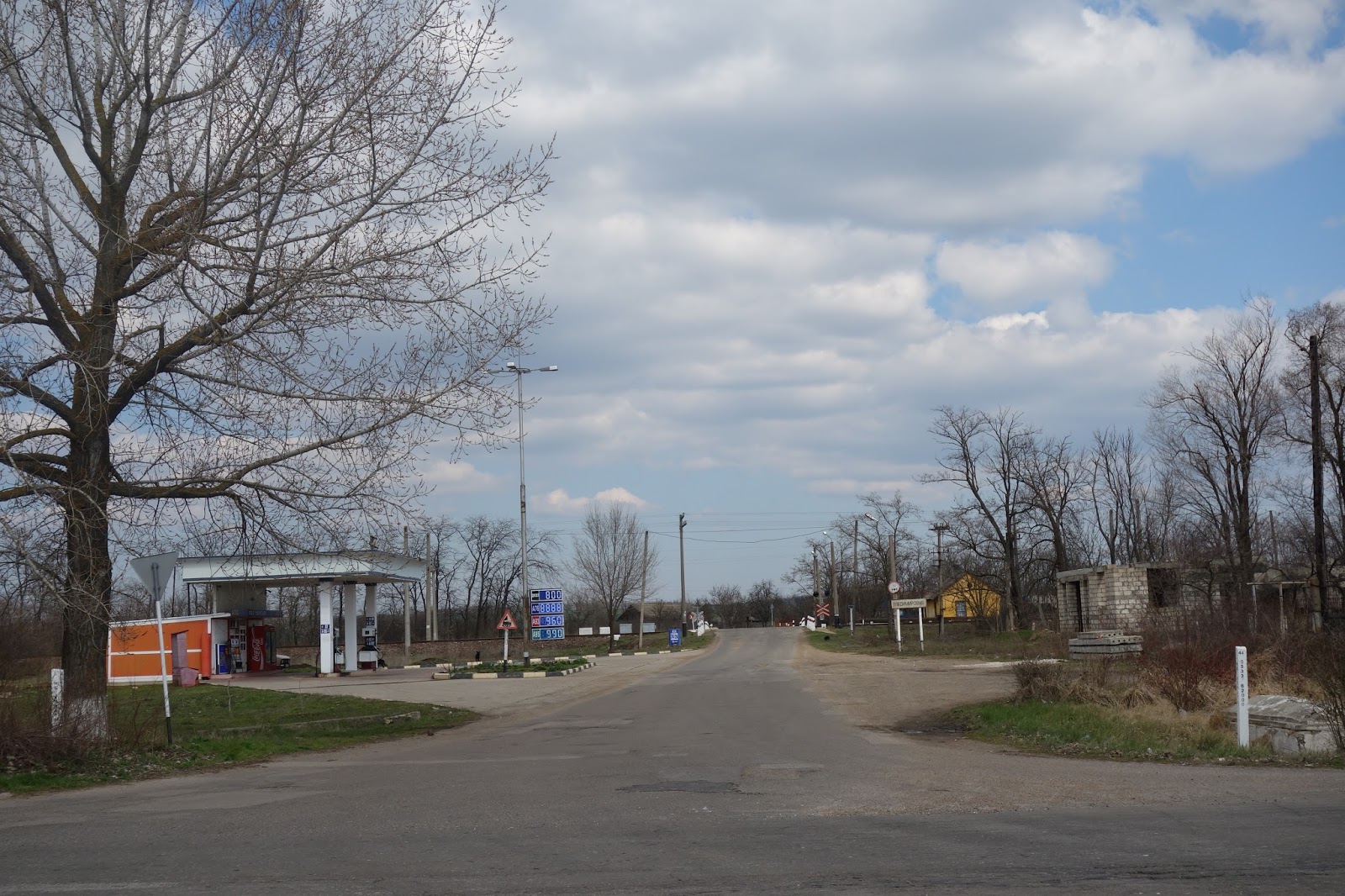 Entry to a village. 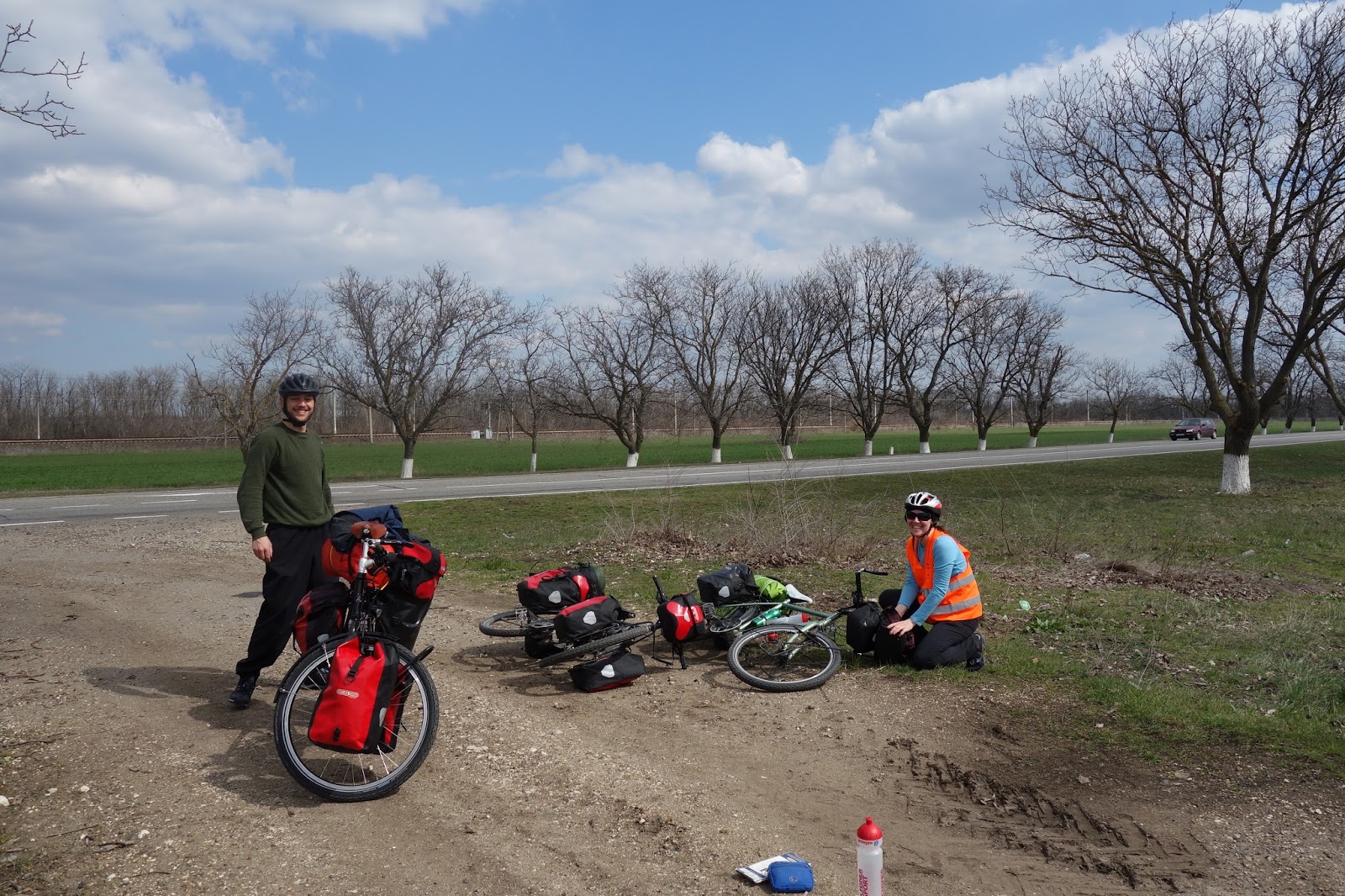 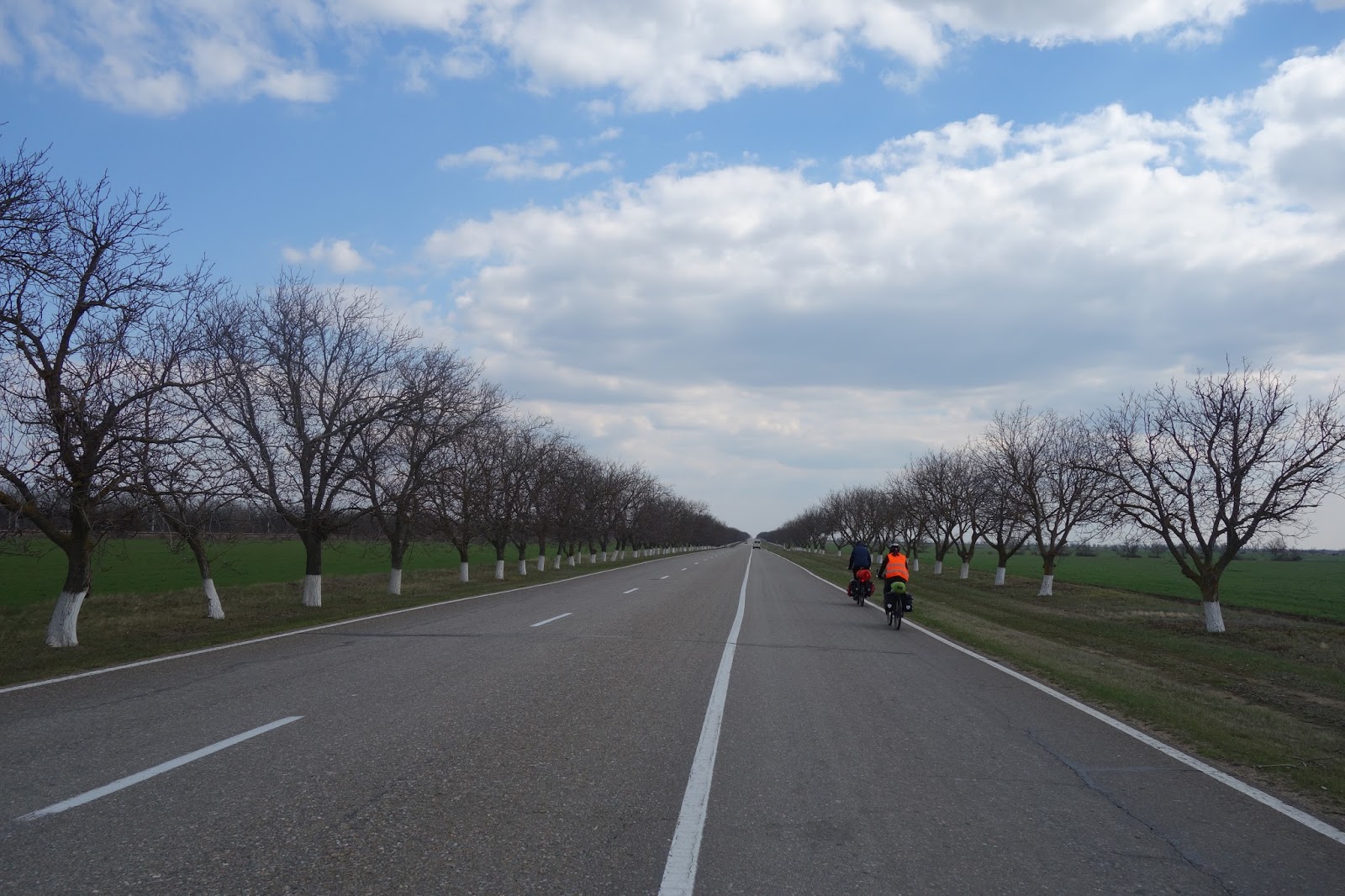 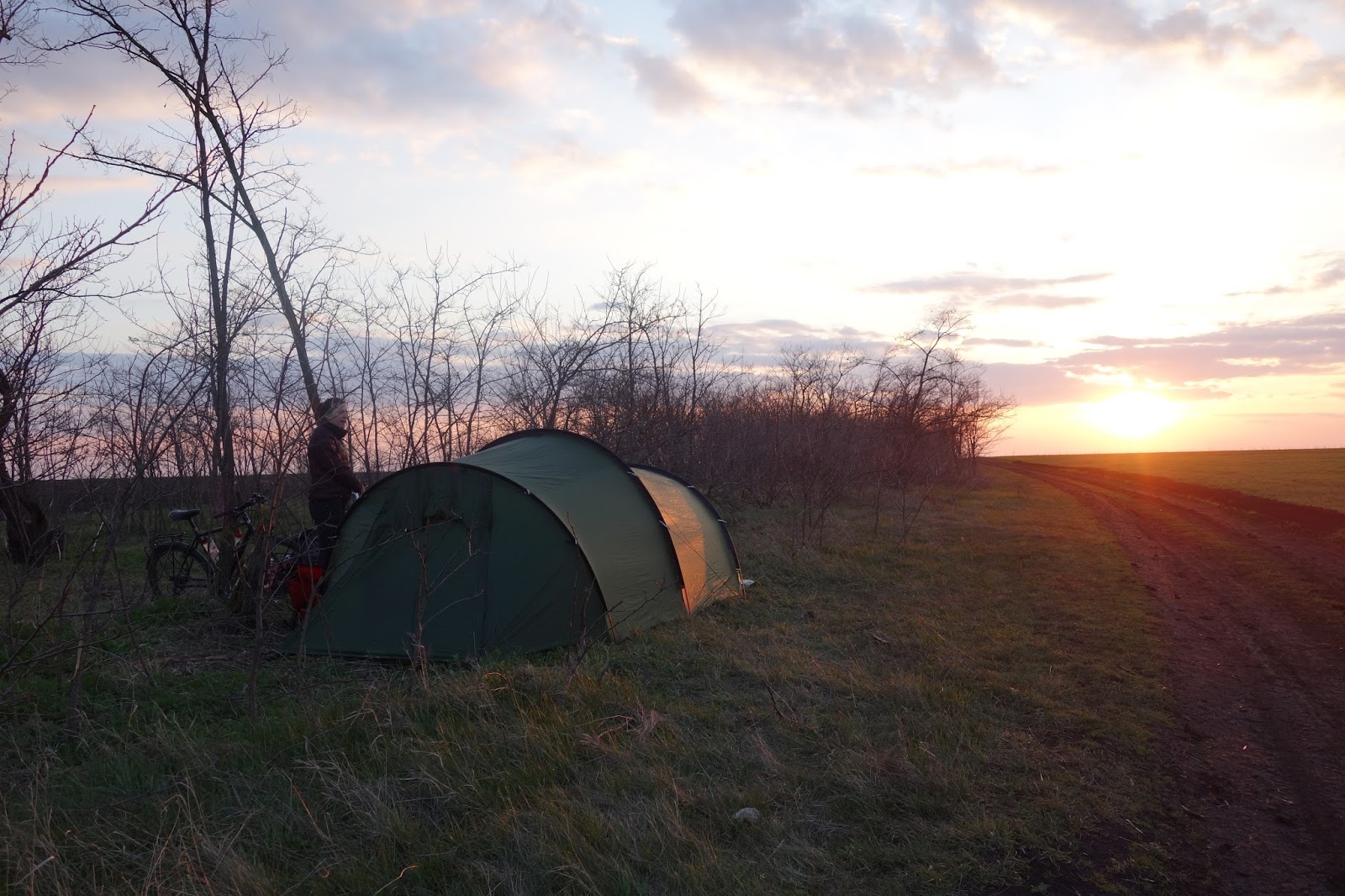 Sunset at our camping site Earlier that day we saw a woman selling fish from a waggon like this one. 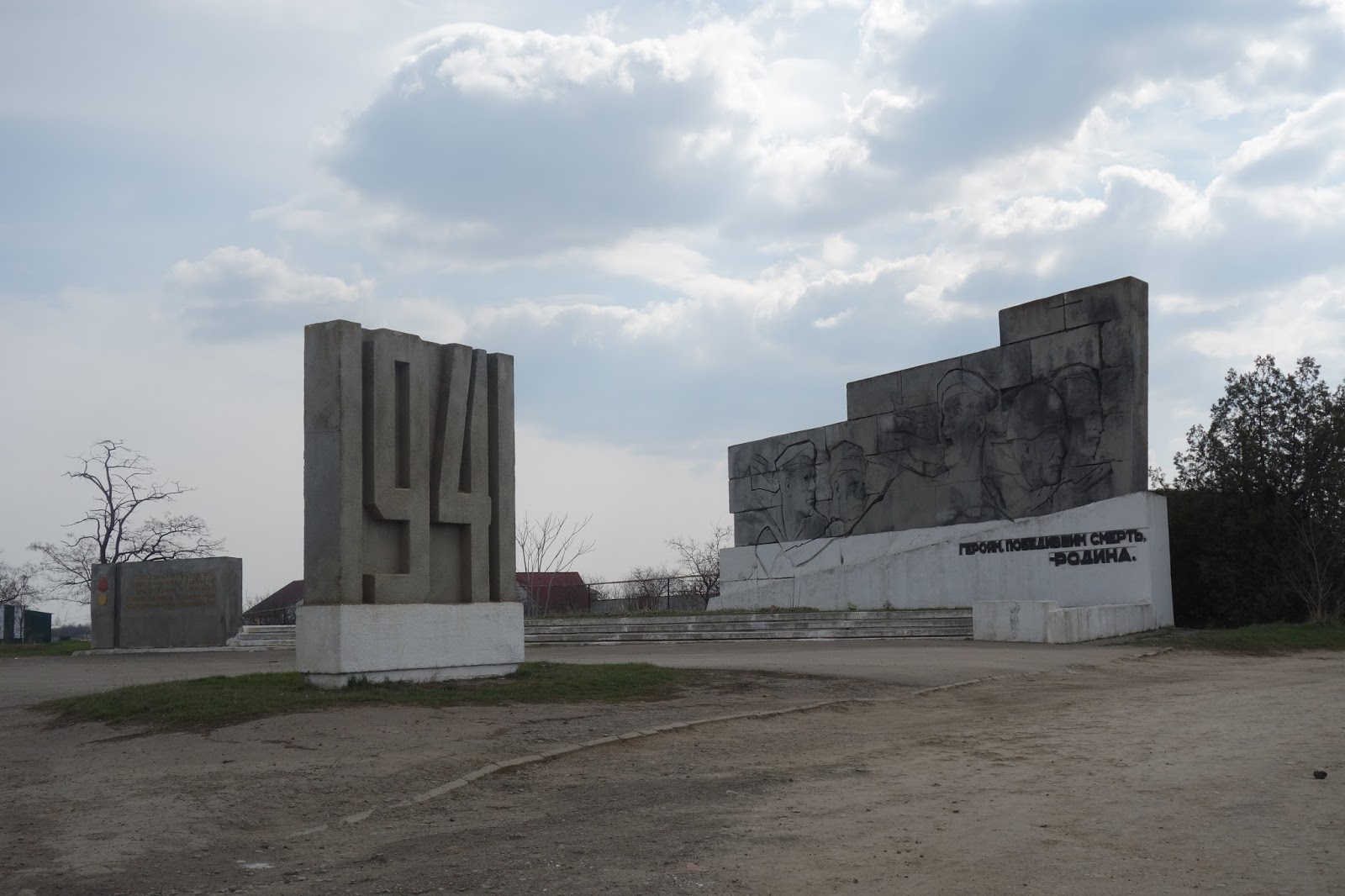 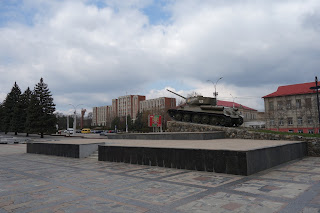 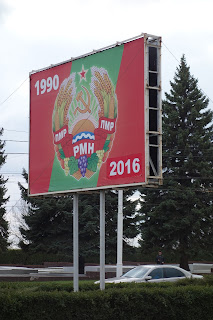 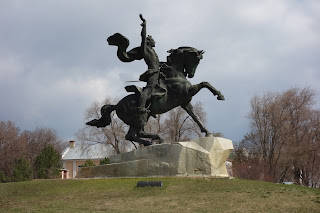 We are three people from Switzerland and will start cycling in March with the goal to reach Bishkek in Kyrgyzstan in July. We will cross E... 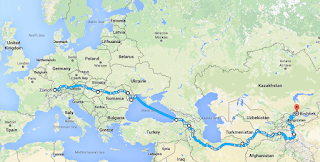